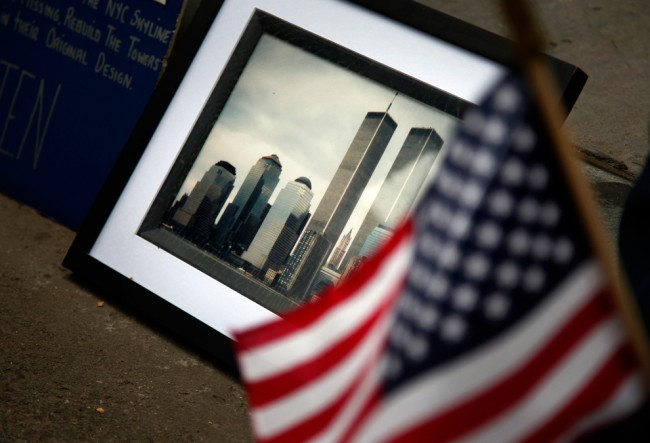 At the 10th anniversary of September 11, New York Mayor Michael Bloomberg, according to the American Family Association, “has banned all clergy and all prayer from the upcoming 9/11 Memorial service planned to commemorate the tragic events of that day.”[1]  Fox News reported on August 26, 2011, that even after many requests from religious and conservative leaders to reconsider his exclusion of prayer and clergy, Mayor Bloomberg has refused and will stand fast in his decision.[2]  Does everyone agree with barring God from the 9/11 commemoration service in New York and who gave Bloomberg the authority to exclude God and prayer from our One Nation Under God?

The Wall Street Journal spoke with Rudy Washington, a deputy mayor in former Mayor Rudolph Giuliani‘s administration, who said he is outraged; “This is America, and to have a memorial service where there’s no prayer, this appears to be insanity to me, I feel like America has lost its way.”[3]  The attack on traditional prayer in the public arena is not new to America.  This battle has been around for decades and continues to make the news.  Below is a brief list of pertinent headlines:

A new standard for limiting the public acknowledgement of God was set out by Sandra Day O’Connor in the 2004 Newdow 9th circuit Pledge of Allegiance case, (Elk Grove Unified School District v. Newdow).  The ACLU – along with others who dispute the historical fact of America as “One Nation Under God” with the “laws of Nature and Nature’s God” as the foundation of American law and civil government – hold and promote that God is merely an empty religious icon. O’Connor’s new criteria in Newdow is termed  “Ceremonial Deism.”

Mayor Bloomberg seems to be acting on the guidance of Ceremonial Deism, which forbids basic public expression (worship and prayer) in a public arena or government-funded context, but has never been confirmed by the supreme Court.

It calls for eliminating any notion of prayer being returned to schools or at other public functions, perhaps including historic prayer in the military, prayer in Congress, prayer at Inaugurations, public proclamations for prayer, any Christian clubs or organizations on College campuses, military chaplains, prayer groups meeting in a Senator’s office, and most of our patriotic hymns could not be sung in public, just to scratch the surface.  The ten-year anniversary of 9/11 at “Ground Zero” in New York is evidence of how the ACLU is muting the nation’s acknowledgement of God Almighty in the Public Square by its continuous assaults from within and without the government and through artifices like Ceremonial Deism.

There are numerous examples over the centuries of America’s national and military leaders who stood on America’s founding principles and publicly petitioned Almighty God:

Daily prayer recalls to all military and civilian leaders that, as John Adams said, “Our Constitution was made only for a moral and religious people.  It is wholly inadequate to the government of any other.”

As I go through the possible order of that solemn day set for the commemoration of the 9/11 tragedy and the loss of life, to not recognize the ultimate giver and taker of life would be like going to a wedding, a state instituted by God, and not mentioning God.  Or have you ever been to a Thanksgiving dinner that doesn’t mention being thankful to God and His Providence?  Ceremonial Deism provides a hollow and shallow experience for those who understand with or without evolution there is something larger than Man ordering a vast universe.  An overwhelming majority of Americans believe in God and yet, His name will not be mentioned in this year’s 9/11 proceedings, even when our founders declared God, “to be a self evident truth.”

America’s right to pray has been a bedrock principle of this country since the creation of the Republic in 1776, both in the military, in the civil government and the Public Square. It is time that We the People stand up to growing un-American political agendas and radical groups focused on removing all historical Christian foundations from this once great nation and help America find her way once again and regain the only sure protection against future attacks on America, its institutions and its citizens.